Which is a Stronger Grass, Paspalum or Zoysia?
More Information About March 2011 Turfgrass Seminars at Thailand

What Fertilizer is Best for Zoysiagrass? 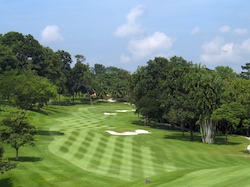 Many of the finest turfgrass surfaces in Asia are zoysiagrass, from the fairways of Singapore Island Country Club’s New Course, shown here, to the fine lawns of the Manila American Cemetery and the putting greens at Wack Wack CC, to more than 80% of the golf courses in Japan — zoysia is the grass of choice. But do you know what type of fertilizer will produce the best results for zoysia? A recent research project by Patton et al.* in Arkansas compared urea with nitrate as nitrogen sources for four different zoysia varieties, fast-growing and slow-growing types of both Zoysia japonica and of Zoysia matrella. 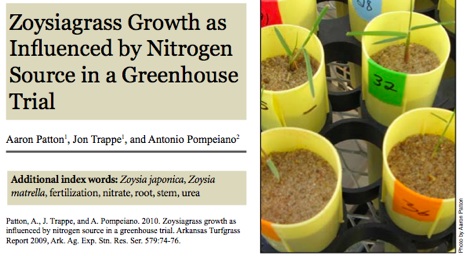 At the Asian Turfgrass Center’s research facility near Bangkok, we used urea as the preponderant source of nitrogen over three years of research in both sand and soil rootzones, and we found that all of the zoysigrass varieties tested responded well to urea. The practical results of this research suggest that turfgrass managers should choose urea-based fertilizers for zoysiagrass whenever possible, particularly when the zoysia is grown in a sand rootzone. 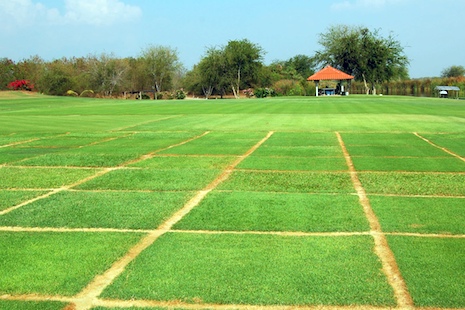