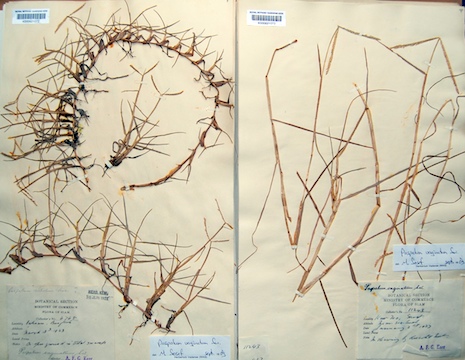 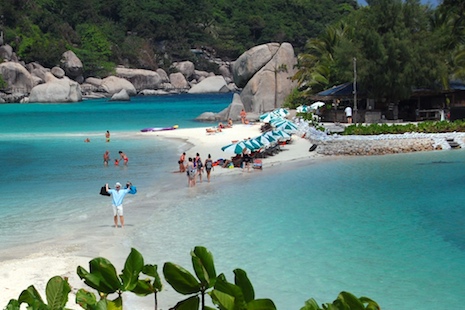 Seashore paspalum on golf courses in Southeast Asia today, without extensive inputs, will be overtaken by manilagrass or bermudagrass. The common type of seashore papspalum with long internodes is a weed that invades wet areas on golf courses and other turfed landscapes. The turf-type of seashore paspalum, with short internodes, has been growing in the wild in Southeast Asia for over a century, but it does not spread as a weed; it grows only in a very specific niche, similar to its native habitat. The sample collected at Bangkok, according to the specimen notes, was found "on open ground in tidal swamp."