A New Look at Calculating Calcium Requirements, in metric units 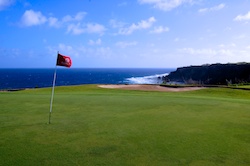 We have worked with PACE Turf to develop the Minimum Levels for Sustainable Nutrition (MLSN). These new guidelines ensure ample amounts of mineral elements are present in the soil to meet the requirements of turfgrass. The target for calcium is 360 ppm using the Mehlich 3 extractant, meaning that if calcium is present in the soil at 360 ppm or more, none is needed as fertilizer, because the soil can supply all the calcium that the plant requires.

Calcium is also used to replace sodium in the soil. For that use of calcium, it is not a fertilizer, but rather a soil amendment. And the MLSN guideline for sodium is to have no more than 110 ppm in the soil, measured in a Mehlich 3 extract. 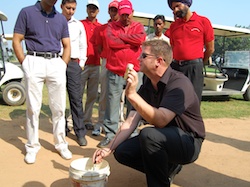 What if you have sodium at more than 110 ppm in the soil, perhaps from salt spray, or more likely, from sodium in the irrigation water? A new document from PACE Turf explains how to calculate the calcium requirement. That document, however, uses pounds and acres and thousands of square feet. I make the calculations here in metric units.

Of course, if you have more than 360 ppm Ca and less than 110 ppm Na on the soil test, then there is no calcium requirement. The soil already has enough, and the sodium does not require treatment.