I'm in the midst of three weeks at Japan. Some of the issues related to golf course maintenance and golf in general at Japan are so interesting, and so challenging, that a few updates about course maintenance here will surely be interesting. First, though, the ghost cart, that ubiquitous remote-controlled cart that is found all over Japan.

You'll have noticed another interesting thing in the video. I've taken the video while standing on one green that has recently been core aerified and topdressed, while the golfer is playing to another green on the same hole. Many courses in Japan use this two green system. Of the eight golf clubs I visited last week, five had 18 holes, one had 36 holes, one had 54 holes, and one had 72 holes. That's a total of fourteen 18 hole equavalent courses.

But, in Japan, there is more to it than that, because eight of those fourteen courses use the two green system, with two greens on each hole. So at the eight clubs that I visited, there were actually 396 greens, not counting practice greens or nursery greens. Japan has a large golf industry, with more than 2,400 courses, but when it comes to maintenance requirements for putting greens, the most highly-maintained area of any golf course, there are much more than 2,400 courses worth of greens, because so many courses use the two green system. 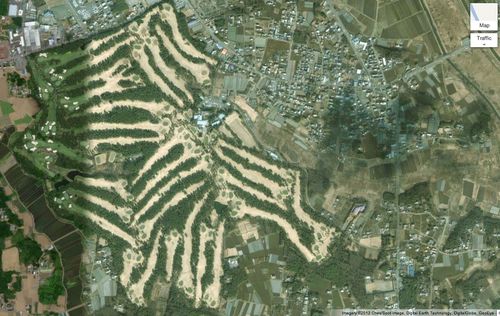 The image above (from Google Maps) shows a 36 hole club near Tokyo with the two green system, so there are 72 creeping bentgrass greens at this club. This image also shows the course in two seasons, with the holes at left in summer, when the Zoysia matrella fairways and Zoysia japonica roughs are green, and with the holes at right showing the dormant zoysia in the winter. 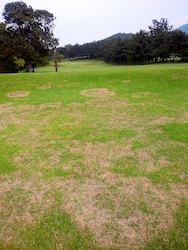 Japan is very much in the transition zone, and that means large patch (Rhizoctonia solani) is a problem on the zoysia, particularly on the Z. japonica. It is worst in areas with poor drainage and in areas with moderate to high thatch. In this swale in the rough of a golf course, the large patch is thriving.

Another problem on many of the courses I visited was moss. I saw moss on Zoysia matrella (korai) greens. When we take a close look at the green, we can see that in the areas in between the korai leaves, the moss is growing. 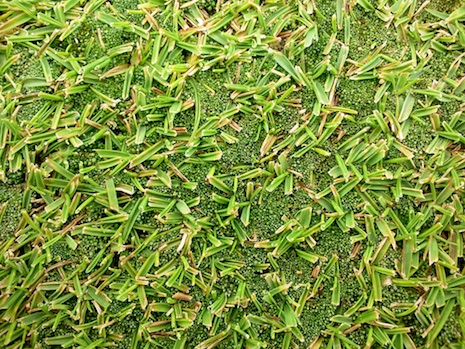 Moss is even more of a problem on creeping bentgrass greens in Japan, and I saw plenty of that as well. 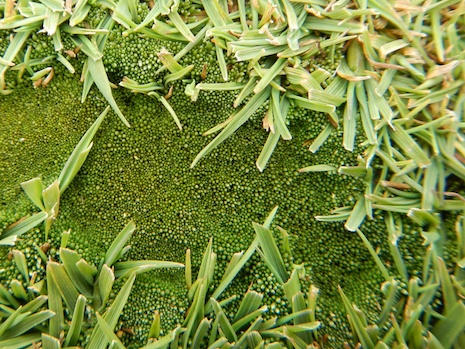 Of course, the climate in Japan is quite a challenge for growing creeping bentgrass, because of the high temperatures during summer. We can look at the climatological normals and see that the city of Fukuoka in West Japan (in yellow on the chart below), the temperatures throughout the year are similar to Atlanta (in blue), with Fukuoka being a bit hotter during the summer. With those types of temperatures, it would seem that ultradwarf bermudagrass may be a good choice in that part of Japan, and many golf courses are now testing ultradwarf bermudagrasses such as Miniverde or Champion Dwarf. 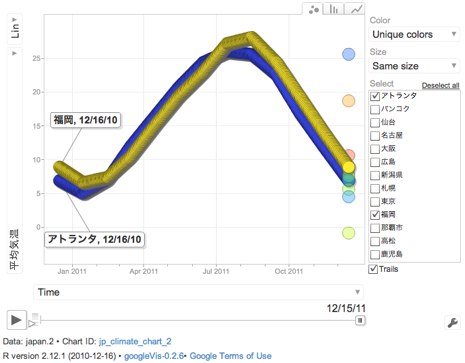 However, although the temperatures are similar at Atlanta and Fukuoka, Atlanta has a lot more sunshine, as can be seen in the chart below. Ultradwarf bermudagrasses can grow well at Japan but because of the limited light for photosynthesis, the management of the grass requires substantial adjusments from the way it is managed in the Southeastern United States. 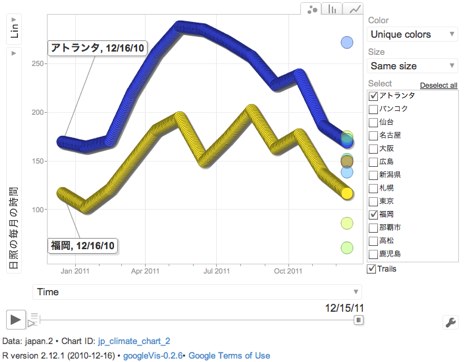 At Atlanta, there are more than 250 hours of monthly sunshine from April to September, on average, while at Fukuoka there are only 150 to 200 hours of sunshine each month during that same time period. This difference in light has a big effect on the performance of bermudagrass. 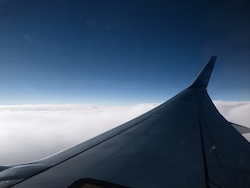 With all the challenges of the climate for creeping bentgrass, the challenging climate in general because of low sunshine combined with high temperatures, the possibilities of using ultradwarf bermudagrass, the large number of putting greens relative to the number of courses because of the two green system, and just the sheer number of golf courses, Japan is an exciting place to study (and work) about golf course maintenance. And there is a lot of unique maintenance equipment too. More about that coming up in another post.