For Wimbledon's Grass Courts, why the Expertise of Scientists and Agronomists is so Important
Turfgrass Mystery: why are there tee markers in the middle of the fairway? 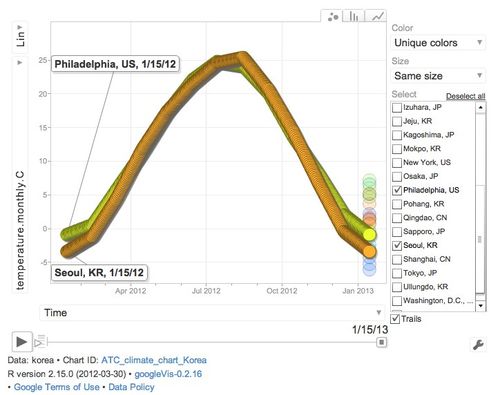 We can look at temperature data for Seoul and Philadelphia and we find that the average temperatures throughout the year have almost complete overlap. So we might expect that with such similar temperatures on a month by month basis, the grasses used in those cities would be similar. But while the courses at Philadelphia are mostly cool-season grasses, what we find at Seoul are primarily courses planted to Zoysia japonica. Here is a dormant zoysia fairway near Seoul in early spring. 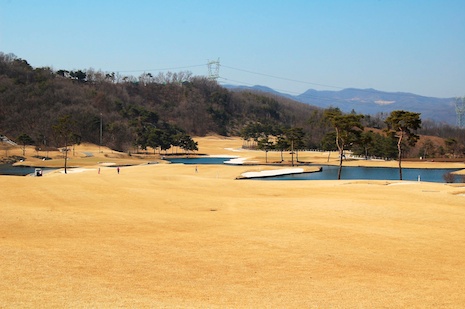 Why such a different choice of grass when the temperatures are the same? I suggest that it has to do with summer precipitation. 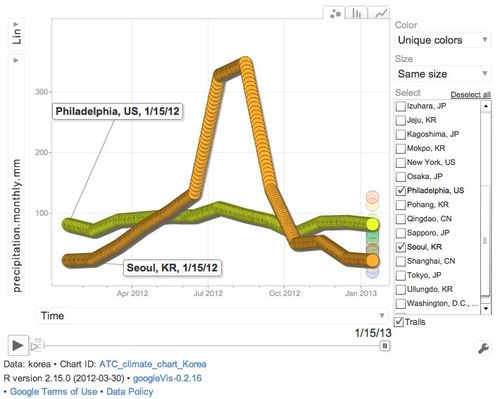 Customize the chart yourself to see data for other cities.