Preparing for Overseeding Twelve Years Ago in Japan 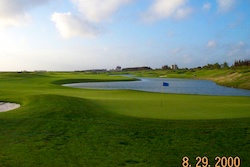 Habu CC has bentgrass greens and noshiba (Zoysia japonica) roughs, which is typical of golf courses near Tokyo, but it is unusual in that it has bermudagrass tees and fairways instead of the more typical korai (Zoysia matrella). 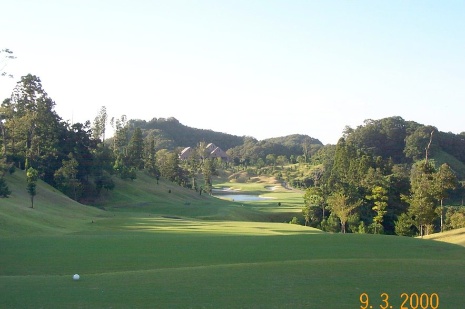 At Habu, one of my first jobs was to overseed the tees and fairways with perennial ryegrass to prepare for the winter when the bermudagrass would be dormant. A new (for Japan) system was being implemented at the course in which golfers would drive 2-passenger Club Car carts on the fairways, rather than using caddy-driven 5-passenger carts that never left the cart paths. 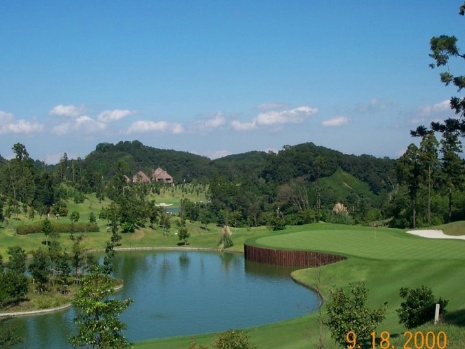 When I first arrived, even though it was coming to the end of a hot summer, the bermudagrass was not especially vigorous. We applied some fertilizer to stimulate the bermuda to grow for a few weeks while the temperatures were still hot, before we would overseed at the end of September. 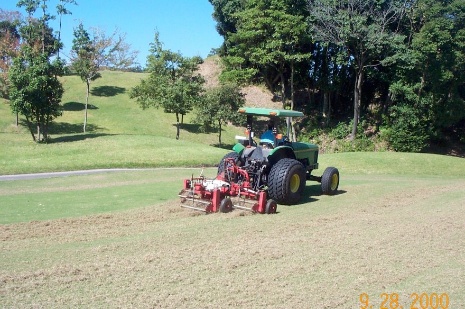 We began our preparations by verticutting the fairways, then sweeping up the debris. The fairways were mown, and then brushed, and then mown again, as we gradually lowered the mowing height down to 8 mm. 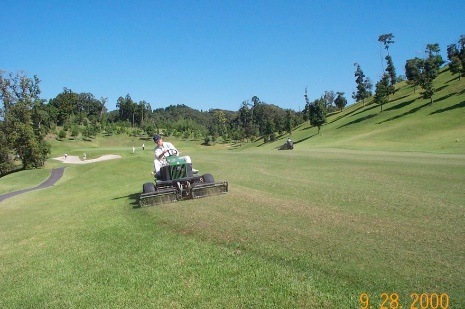 The course remained open for play during these preparations, so we had to do our regular work such as raking bunkers, changing hole locations, and preparing the course for play in addition to our work getting the fairways ready for overseeding.

After the final mowing, we swept the fairways one last time, using all the equipment we had available, and then we were ready for seeding. Coming up in the next post, how we spread the seed and grew it. 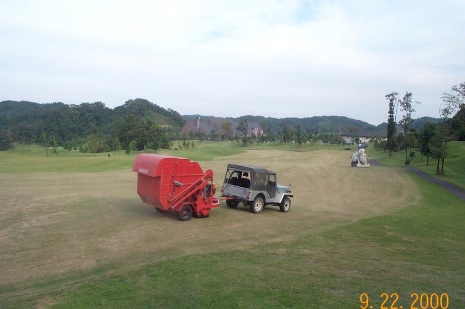