Overseeding Fairways in Japan
Putting Green Fertilizer: getting it right

A Turfgrass Mystery on Seashore Paspalum in Tamil Nadu 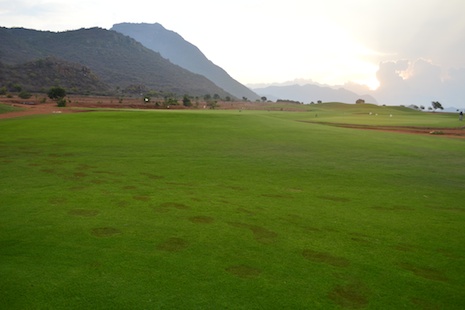 Last week I visited a golf course in Southern India and saw these symptoms on seashore paspalum turf. The general symptoms are shown above, and a close-up of a single patch is shown below.

Can you identify the cause of these patches? 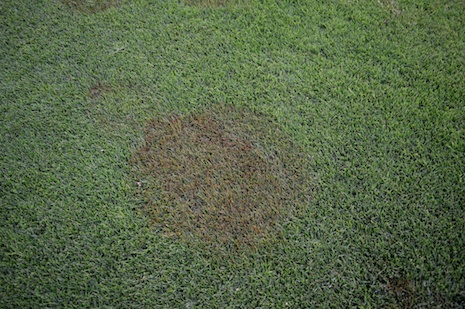 This one was quickly solved by three people. Did you have the same answer?

@timfleegel @asianturfgrass - great image and I'd agree with Tim on this one!

@asianturfgrass Have they got elephants there? Bruising soft growth? 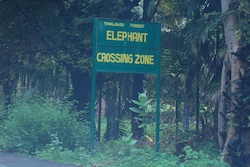 That, of course, is the correct answer, as this course, right up against the Western Ghats, is visited frequently by elephants.

If we take an even closer look at one of the elephant footprints, we can see that the patch seems to include some dried mud that remains on the leaf, along with some bruising from the weight of the elephant. 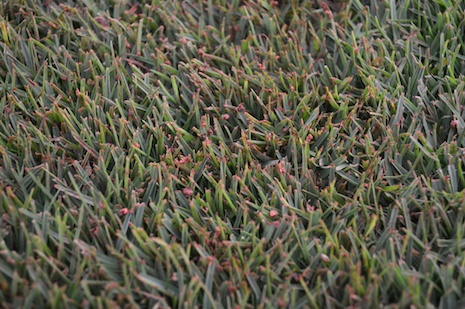 These footprints should not be confused with the autumnal disease of Zoysia japonica in Japan, caused by Rhizoctonia cerealis, and known by the common name of elephant's footprint. 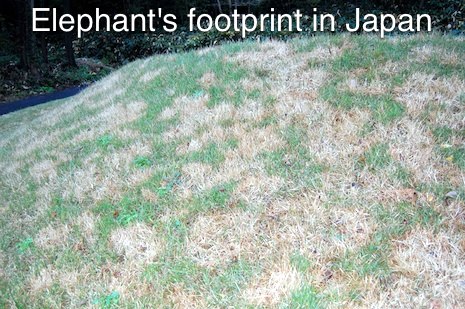 Hopefully this information will help you to identify elephant footprints on your turf the next time they occur, and you will easily be able to distinguish the real elephant's footprint from the one caused by R. cerealis.