A Report from Madrid: the 34th Spanish Greenkeepers Congress
Turfgrass in Catalonia: 2 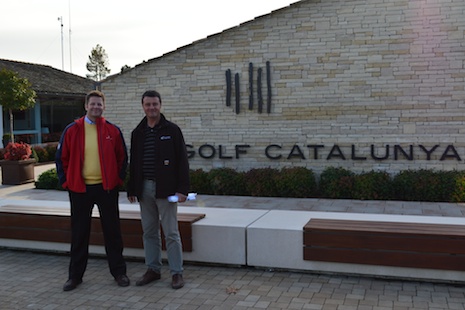 Occasionally I get to travel to places that have a tremendous variety of grasses. One of these is Hawaii – a wonderland of grasses. But at Hawaii it is a panoply of warm-season grasses. Recently I visited Catalonia, at the invitation of David Bataller, Golf Courses and Grounds Manager of the PGA Catalunya Resort. What I saw was really amazing! Almost every warm-season and cool-season turfgrass was growing in this region.

It is always interesting and a great learning experience to see so many types of grass. One thing that remains consistent about places where a lot of grasses, both cool- and warm-season species can grow, is this: these are among the most difficult places in the world to produce good year-round playing surfaces. 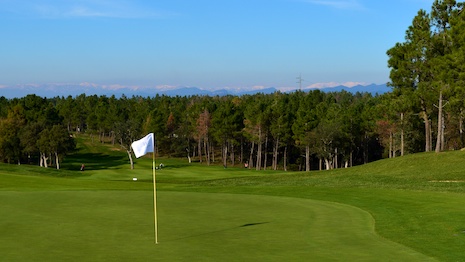 At this 36-hole facility, David manages primarily cool-season grasses, but there are also warm-season grasses – in fact, I counted ten different species of turfgrass, in total, being used on the property, plus lovegrass (Eragrostis) put to good use in many landscaping and out-of-play areas. In no particular order, they are:

Why are there such a wide variety of grasses used for turf in Catalonia? If we look at a chart of growth potential through the year (Figure 1), it would seem that cool-season grasses would be a clear choice for this area. 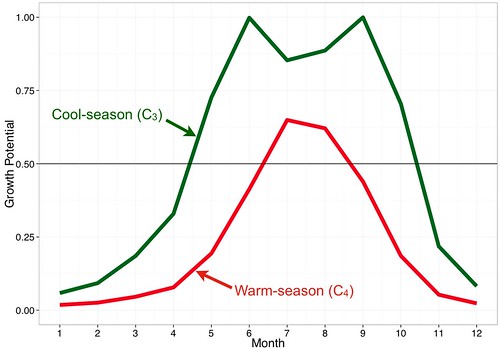 The chart shows that the cool-season growth potential is higher than warm-season growth potential throughout the year. But what we find growing are both cool- and warm-season grasses. This is similar to a place like San Diego, California, where we can find seashore paspalum and bermudagrass and kikuyugrass growing alongside perennial ryegrass, Poa annua, and creeping bentgrass. 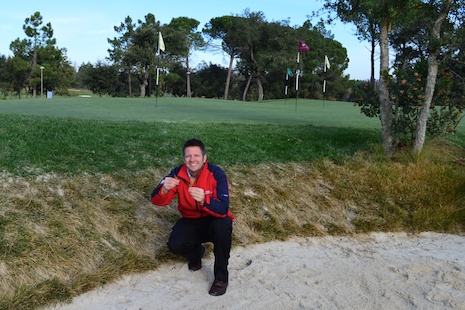 During the winter season, the warm-season grasses go dormant, as we can see with the Zoysia japonica on the bunker slope, but it is not cold enough for there to be any winterkill. 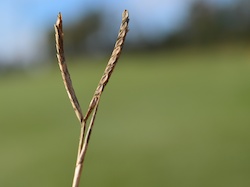 There was even a local type of seashore paspalum (seedhead at right) that grows well in this area, and in fact some of the older golf courses near the sea in Catalonia have this native grass.

After the vist to PGA Catalunya Resort, my head was spinning. We had seen so many types of grasses, seen sunrises over the frost-covered courses, had discussed the soil and water salinity challenges, and tried to predict how certain grasses would grow at different times of the year. Maintaining fine turfgrass in a transitional climate, especially one without much precipitation, is really a challenge. 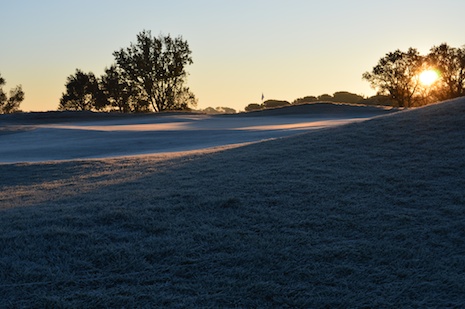