How Much Potassium Does Grass Require?

In last week's TurfChat, in which we discussed the relationship between soil nutrient levels and weeds, I mentioned that recommendations for soil potassium (K) tend to be unreasonably high. We can see that particular section of the discussion beginning at the 31:55 time of the TurfChat video: 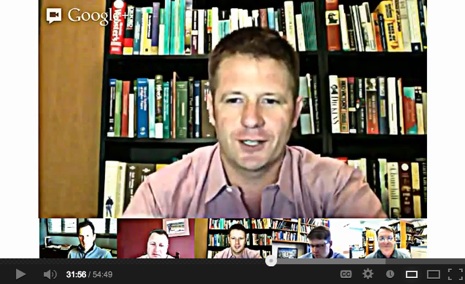 The most accurate, and consequently, the most useful, guidelines for interpreting soil nutrient levels for turfgrass are the minimum level for sustainable nutrition (MLSN) guidelines. These guidelines have been specifically developed for turfgrass with special consideration of the sandy soils that are commonly used for high traffic turfgrass areas. 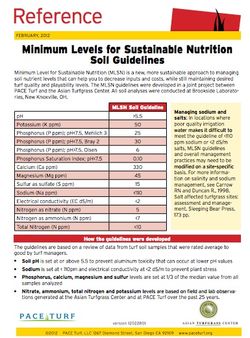 The MLSN guideline for K is 35 ppm.

I mentioned in the video that conventional guidelines are much higher, ranging typically from the conventional PACE Turf guideline of 110 ppm to the Penn State University target of at least 180 ppm. But there is no reason for soil K to be so high, nor can we expect most turfgrass soils to hold that much K.

When we look at the results of relevant research papers, we see that the recommendations developed after the completion of carefully controlled experiments give guideline levels very close to the MLSN guideline. Here are just a selection of typical results.

Ebdon et al., 2013: less than 50 ppm, Morgan extraction, "there were no observed changes in shoot and root growth in response to K fertilization even at low soil test K levels"

Paul, 1981: 20 ppm, ammonium acetate extraction, "beyond 20 ppm, there is no response to K fertilization"

Woods et al., 2006, less than 50 ppm, Mehlich 3, Morgan, and ammonium acetate extractions, "the current target ranges of extractable K in sand rootzones promote K fertilizer application that may be detrimental to turfgrass performance. Recommended levels of soil K should be reevaluated to avoid gratuitous use of K fertilizers"

There are a number of implications resulting from using outdated and inaccurate K guidelines. It is obviously a waste of money to apply unnecessary potassium. There is wasted thought in trying to solve an imaginary problem. Application of K will reduce, unnaturally, and possibly to the detriment of plant health, the amount of calcium and magnesium in the grass. In some situations, it is expected that addition of K will increase the number of weed species that can grow. And unnecessary applications of K may cause other unexpected problems, such as increased disease.