Turfgrass Mystery: the case of the greenside spot 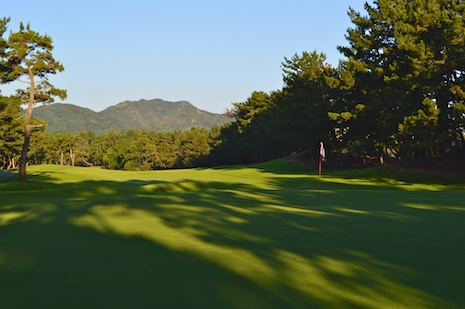 In mid-July, I visited a course in West Japan as it was being prepared for an upcoming professional tournament. The manilagrass (Zoysia matrella) greens, known as korai in Japan, were in excellent condition, whether they were heavily shaded (above) or in full sun (below). Manilagrass is known for its improved tolerance of low light compared to bermudagrass. 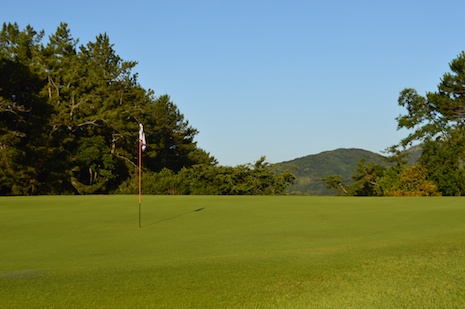 At the edge of some greens, near the point where the korai green and collar merged into the noshiba (Zoysia japonica) rough, I noticed this surprising blemish. 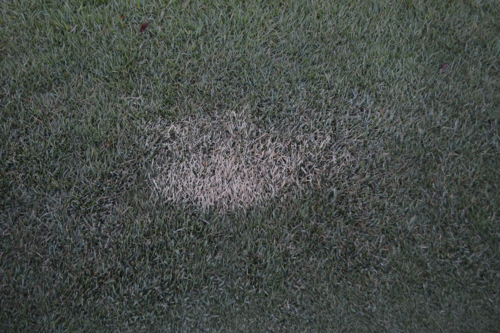 Looking closer at these spots, the turf looked like this: 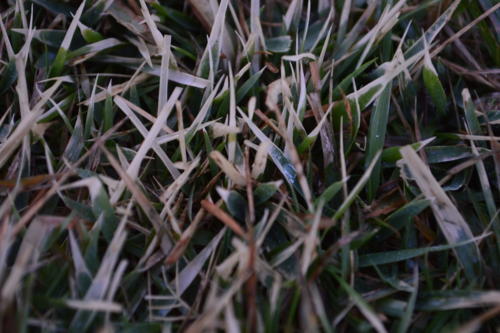 The spots seemed to be where the korai and noshiba were mixing at the edge of the green, and they were equally found in sunny and in shaded areas. What was the cause of these spots?

This mystery was solved by three people in quick succession. Thank you all for helping to solve this and sharing your knowledge. First was Steve Link:

@asianturfgrass #turfmystery Looks a little like hot exhaust from a vehicle paused to remove flag or obstruction.

Then Gerard McEvoy identified the cause:

And then Jon Scott identified the cause and the exact piece of turf machinery that caused these greenside spots:

@asianturfgrass exhaust burn from a greens sprayer? I have seen this several times over the years on different golf courses.

Click here to read all the previous turfgrass mysteries.