In the report I prepared in August 2012, I included this figure, showing the relationship I measured between soil moisture (using a Theta-probe with 6 cm rods) and surface hardness (using a 500 g Clegg Impact Soil Tester). 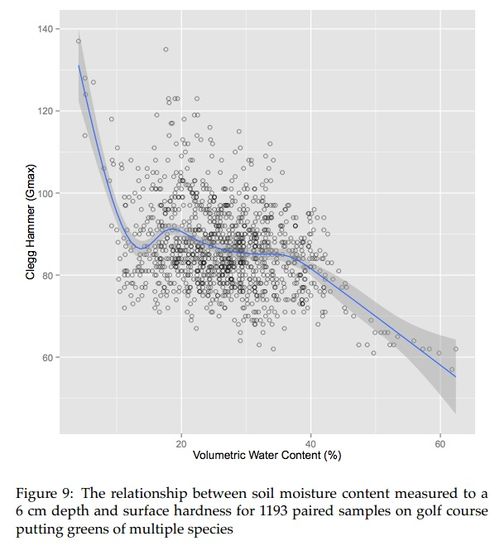 However, for a consistent soil type and species and turf age, there can be a good relationship, as seen below. I'm sure that at many golf courses, there would be a consistent relationship between soil moisture and surface hardness. But that same level of soil moisture may not translate to the same level of surface hardness at another golf course. These data are from a golf course with seashore paspalum everywhere, and with a wall-to-wall sandcap. 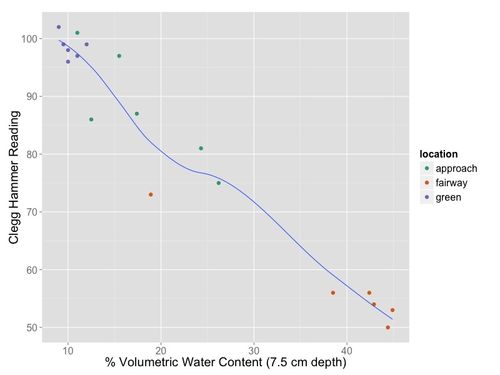 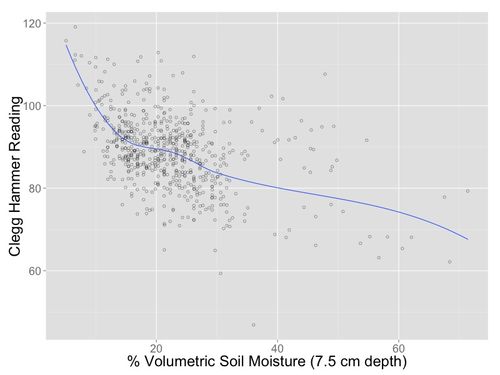 The same data (647 measurements collected after August 2012) from the chart above are shown by species in the chart below.

For more about this topic, see: