MLSN, K, and anthracnose
Hitting all of our goals

On the eve of the World Cup, I have three quick things to share about football/soccer. 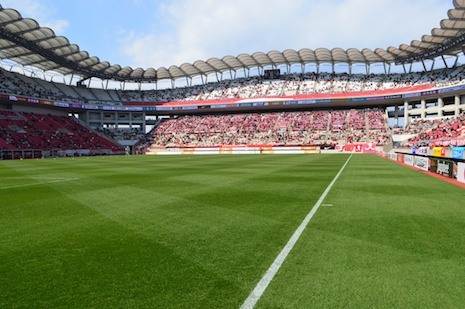 1. I've been to two matches at the Kashima Soccer Stadium (this was a venue for World Cup games in 2002) in the past year, one at the end of summer, and one at the beginning of spring. The grass is a mixture of 2 kentucky bluegrass (Poa pratensis) varieties and one hybrid bluegrass variety. In this part of Japan it would be typical to use warm-season grasses on sports fields – summer temperatures are similar to those in Atlanta – and on the surrounding golf courses and lawns, warm season grasses are grown. I've been impressed at just how good the turf is here. Almost all the stadiums in J.1 are bermudagrass, so this pitch at Kashima Stadium is exceptional in being cool-season grass, and exceptional in being maintained to such a high standard.

2. In the Thai Premier League, one can find matches played on bermudagrass, zoysiagrass, and seashore paspalum. Muangthong United play at the SCG Stadium on the north side of Bangkok, and the pitch here is seashore paspalum. To keep the ball moving quickly, water is added at halftime. 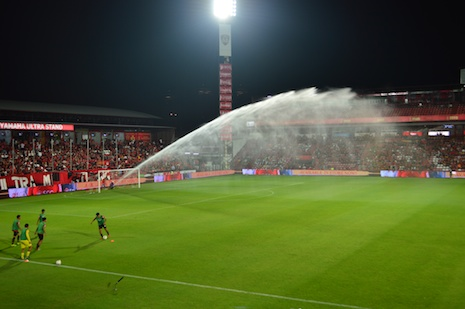 This is the best pitch I've seen in Thailand.

3. If you haven't watched this feel-good story about the amazing Panyee FC in an amazing part of Thailand, take a couple minutes and watch it now. I bet you haven't seen football played like this.