It cures fairy ring and prevents fungal pathogens: an anecdote about ammonium sulfate 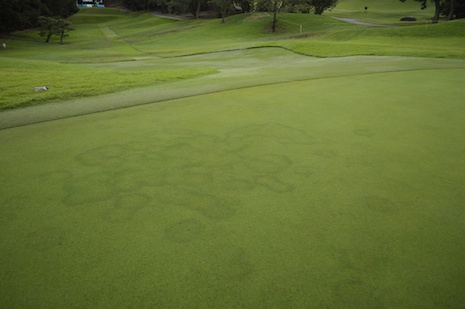 Last year, at the KBC Augusta golf tournament, there was some type 2 fairy ring on the 8th green of host Keya Golf Club.

I'm back at Keya one year later, and now those symptoms are completely absent. 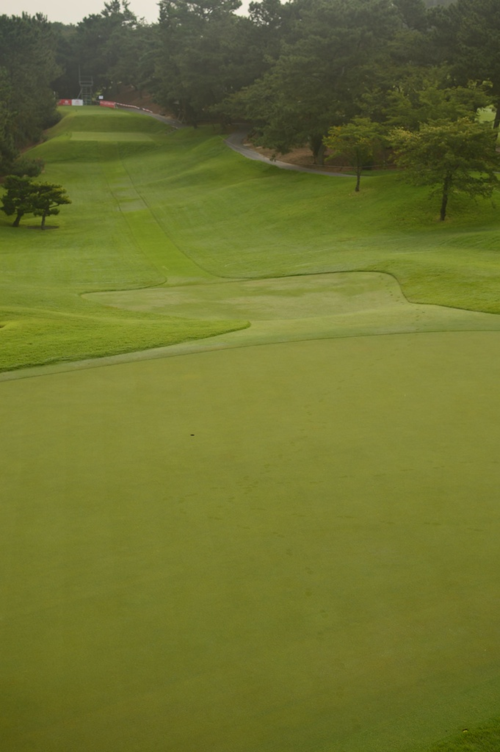 These rings were also found, prominently displayed right in front of the clubhouse, on one of the practice putting greens. 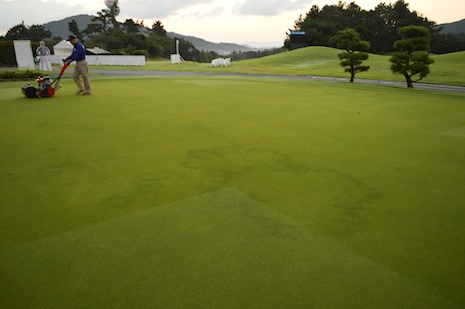 One year later, the fairy ring is gone. 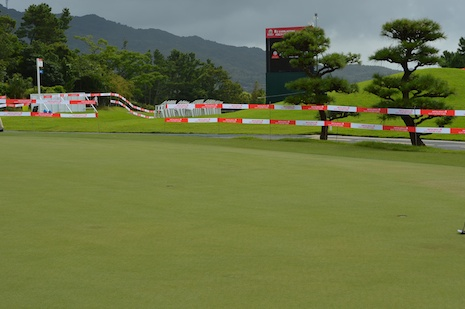 To what can we attribute this remarkable transformation? I asked Andrew McDaniel, the golf course superintendent at Keya, if he applied any fungicides for the control of these rings. He didn't. 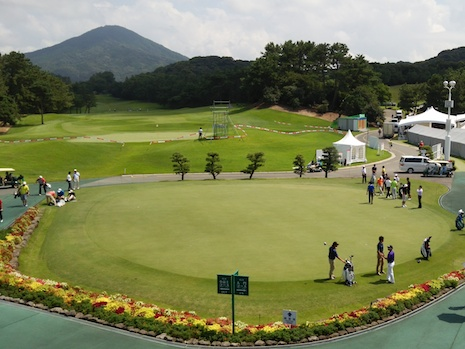 If it isn't fungicides that controlled it, then it must be something else in the products he applies. I checked the Keya GC turfgrass maintenance page on Facebook, and I learned that these greens receive only ammonium sulfate, micronutrients, and sometimes Primo Maxx.

This is remarkable! In just one year, the fairy ring has been eliminated. Furthermore, there has never been Curvularia (a notorious disease of korai, which is especially susceptible) on these greens since this ammonium sulfate has been used, and there has been no dollar spot, pythium, or brown patch either.

It seems pretty clear that this simple fertilizer program based on small amounts of ammonium sulfate (less than 10 g N m-2 so far this year) and some micronutrients, with judicious applications of Primo Maxx, has cured the fairy ring (at least for the moment) and it has also prevented a number of other diseases. Whether this is due to a direct effect on the pathogens, or whether the improvement to plant health from this ammonium sulfate is making the plant strong enough to withstand any attack, I can't say. There may be some additional benefit from the low carbon and low calcium characteristics of this management approach.

I wrote the above in jest. Yes, that is the fertilizer used. And yes, there really was a lot of fairy ring last year, and none this year. And yes, it might be possible that the fertilizer is the cure, or the no calcium and no carbon approach to turf management is the cure, but there are a lot of other things that could have played a role as well.

That's a problem with anecdotes – they might seem persuasive at first glance, especially if one is already inclined to think about things in a certain way, but upon closer inspection one realizes that a number of other things could explain the same phenomenon. 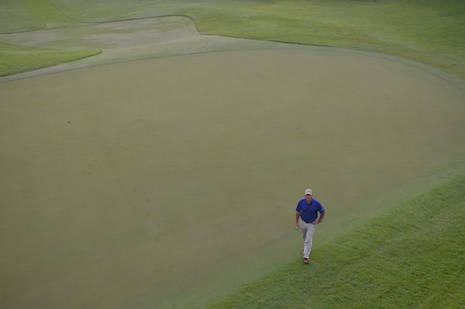 Fortunately, we have the scientific method, which involves forming a hypothesis and collecting some data to test if that hypothesis is reasonably correct. Here's a fun introduction to that from Richard Feynman.

When there are products or practices that are promoted primarily by anecdote, and have little supporting evidence, it makes me skeptical that they are necessary. Why? Because it is easy to collect data, and to use control plots, and careful monitoring of results, to determine if something works and to estimate the magnitude of the effect. That is the main work of scientists, but it is not limited to that profession – anyone can do this.

This has some bearing on biostimulants and compost tea as additions to turfgrass maintenance programs, as per this recent discussion. When there is a lot of anecdote and little in the way of data, I'm naturally quite skeptical. And I'm skeptical for the reason that it is so easy to collect data. So my expectation is that if there is a conspicuous lack of data, then someone must have tried to collect data on a product, and was not able to obtain data with a convincing result.

Here are a couple good articles on these topics:

Testing Products and Practices: a guide for golf course superintendents

The good thing about science is one can make hypotheses and then attempt to prove them wrong. In that way we make corrections, and improve our understanding of the world. 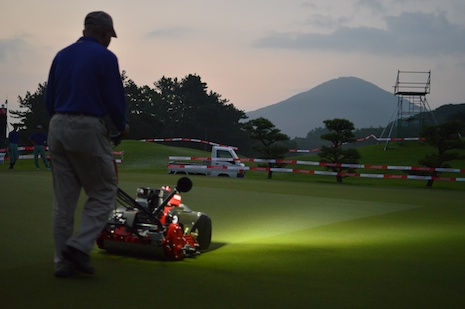