It cures fairy ring and prevents fungal pathogens: an anecdote about ammonium sulfate
Working out the fertilizer recommendation from a soil test

More about the measurement of grass clippings 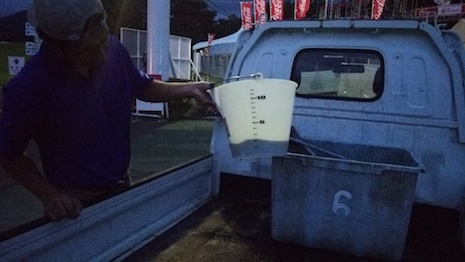 2 liters of clippings from the putting green

One can measure the volume of clippings collected when mowing greens through the simple process of bringing along a bucket to empty the clippings into.

This technique is used at Keya GC in Fukuoka, the host club for this week's KBC Augusta tournament. The greensmowers bring along a bucket and take note of the volume of clippings collected from each green. 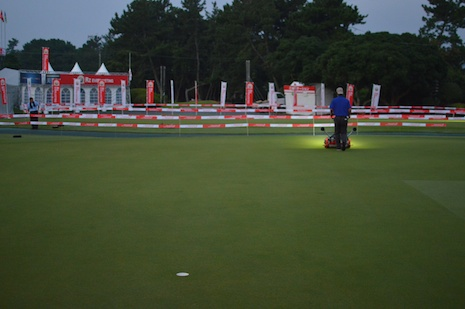 The clipping volume is collected year round, and from most of the greens. I've taken a subset of the 2014 data and plotted it for the month of August, with the average clipping volume from greens 1, 2, and 4, just to show how the yield has been this month, through this morning, the 2nd round of the tournament. 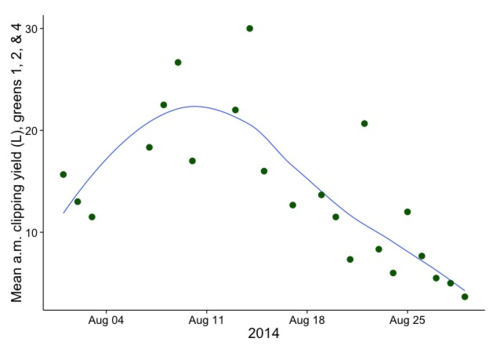 The use (or not) of brushes, or groomers, or the effects of various other maintenance practices can be evaluated when the clipping volume data are available. The Shibaura G-EXE22 mowers used on the greens can be fitted with this brush. 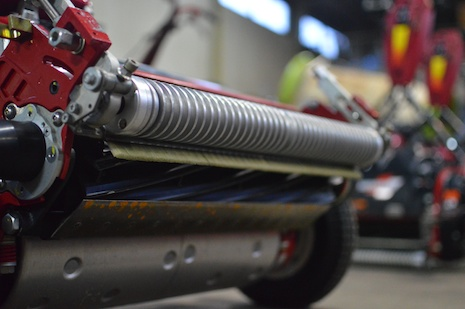 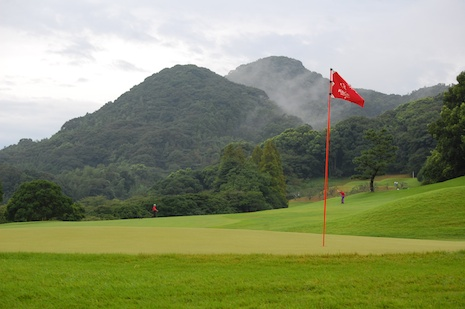 View from behind the 14th green at Keya GC

Now, during tournament week, the korai (Zoysia matrella) greens at Keya GC are growing at just the desired rate, and the mowers are removing the targeted amount of clippings. It doesn't take much extra time to collect this information, and having a time series of these clipping volume data can help a turf manager make decisions about the adjustments to make in green maintenance. 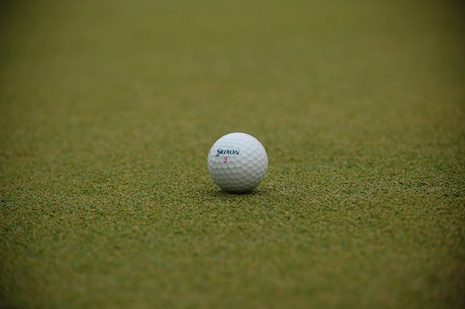