Everyone knows zoysia grows slower than bermuda, except when ...
A paper packed with data about N, P, and K

Turfgrass Mystery: the curious case of the Oregon Obtrusion 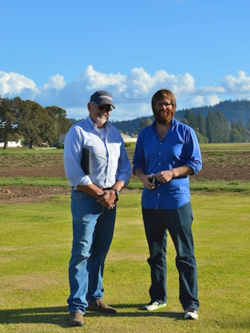 Engelke and Woods on zoysiagrass test plots in Oregon.

I was in Oregon last month, and I had the great opportunity to spend a few hours with Dr. Milt Engelke, studying and discussing grass in general, and Zoysia grasses specifically.

You might not expect it, but most cultivars of manilagrass (Zoysia matrella), and all cultivars of japanese lawngrass (Zoysia japonica), can survive in Oregon's Willamette Valley. In fact, the grasses I saw on my visit, in mid-October, looked really good.

The place, and the season, will give some hints about the correct solution to this mystery.

The location is Oregon's Willamette Valley.

The season is autumn, in this case, mid-October. 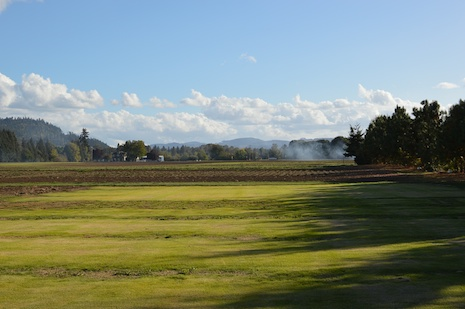 The grass species are primarily Zoysia japonica, Zoysia matrella, and some interspecific hybrids.

And this is the mystery. 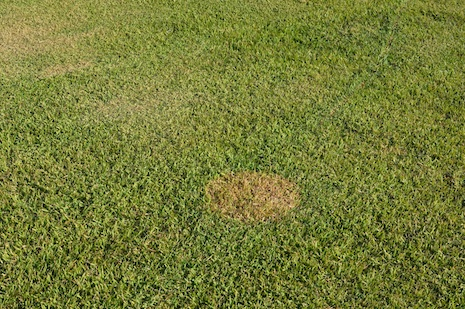 The curious case of the Oregon Obtrusion. Can you identify the cause of this patch?

Dr. Engelke and I were looking at variety after variety, and then we came to a plot of Zoysia japonica with this patch on it. Keeping in mind the species, season, and location, can you solve this mystery? What is the cause of the patch on the zoysia? 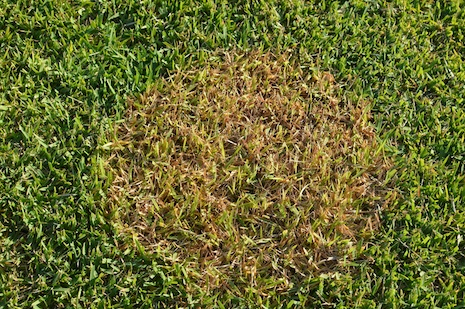 Update: a closer look at this mysterious blemish.

I thought this might be mistaken for the beginning stages of large patch, considering it was the onset of cooler autumn temperatures and the species is Zoysia japonica. However, the uniformity of the patch and the clear circular shape were a strong indication that this was manmade.

Here are a series of answers.

@asianturfgrass it's too perfect of a circle for it to be pathogen. Has to be from an object covering turf for extended period

This is what that sprinkler looks like. The case makes it easy to drag the pipe across the field without damaging the impact sprinkler. 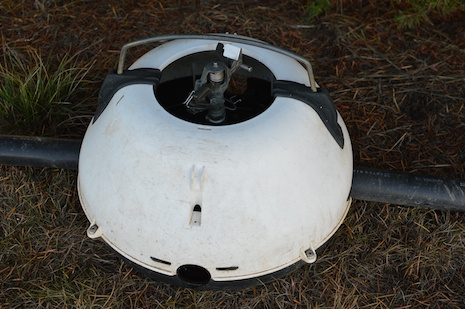