On multifunctional golf facilities, the environment, and health
Course maintenance photos from the U.S. Open at Chambers Bay

I downloaded NOAA quality-controlled data for Corvallis on 5 minute intervals. An analysis of these data, and a comparison to Ithaca, are in this report.

These charts show the photosynthetically active radiation (PAR) by time of day, using the 2014 data.

This is the photosynthetic photon flux density (PPFD) every 5 minutes on 13 June 2014. 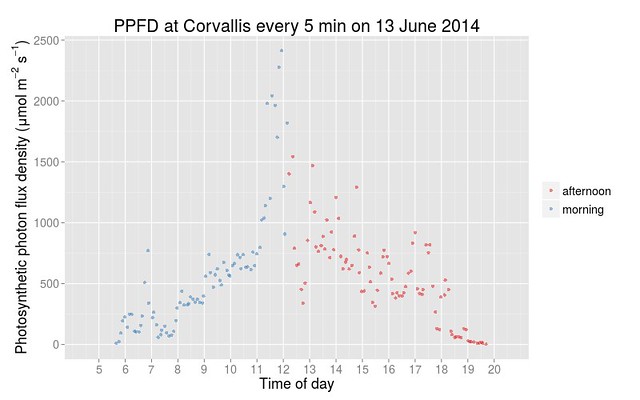 It was cloudy for most of 13 June, with only a few of the 5 minute intervals having maximum potential PAR.

On a sunny day, like 10 August 2014, shown here, the PPFD increases from sunrise until a peak at solar noon, then decreases until sunset. 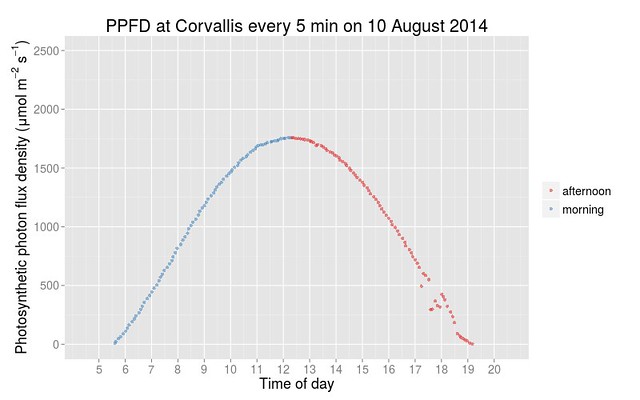 In these charts, the times shown are standard time, and the morning and afternoon separation is made based on the time being before (morning) or after (afternoon) solar noon.

That same week that contains 13 June is the 24th week of 2014, and all the measurements from that week are shown in the next chart. 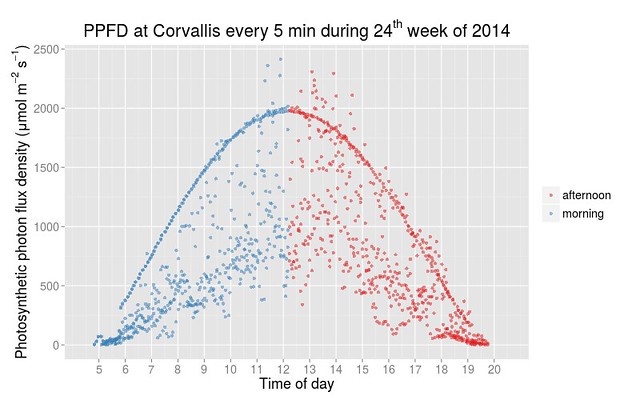 For the entire month of June, the PPFD looks like this. 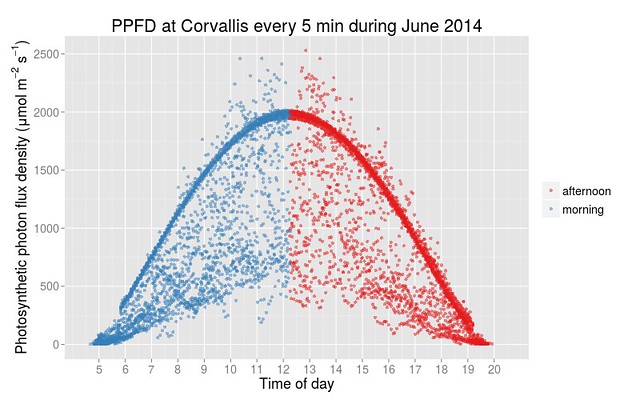 Then for an entire year, the PAR looks like this. 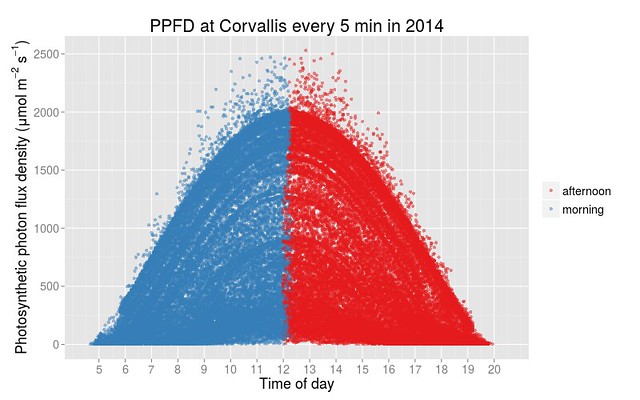