China and United States, temperature and sunshine
Read these articles, but disregard the subtitles

I spoke about light -- photosynthetically active radiation, to be specific -- in this presentation at the Japan Turf Show.

I was asked what daily light integral (DLI) is required for different grasses. My answer was, for warm-season grasses on putting greens, I'd look at the moving average of DLI, and I think good numbers are 40 for bermudagrass, 30 for seashore paspalum, and 20 for korai (Zoysia matrella).

If the DLI is above 40, bermuda won't have any light problems. If the DLI is less than 40, it will be a challenge. For seashore paspalum, I'd estimate that value of no problem above, and challenge below, to be 30. For korai, I'd put the number at 20. And for cool-season grasses, I guess the number is about 20 also. I base my guesses on observations of turfgrass performance in locations with varying DLI. Fortunately there is some ongoing research in this area that should give more accurate values than my guesses.

The climate charts at this website have normal sunshine hours data for a lot of places. To look at numbers in tabular format, the climate information on the Hong Kong Observatory website has sunshine data in an easy to view format.

One could, for example, look at locations such as Atlanta and Ishigaki and plot the sunshine hours for an entire year. I like to look at the combination of temperature and sunshine for each day, to see the area encompassed on the chart. 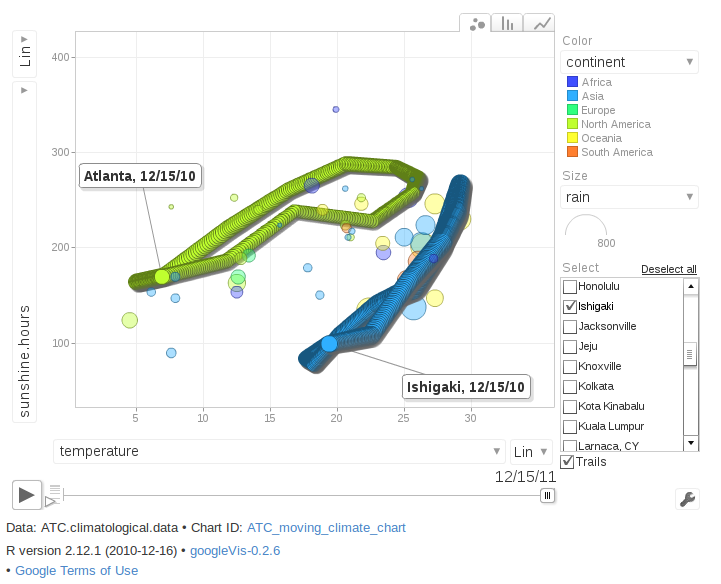 One could also display the sunshine hours on their own, with time on the x-axis. 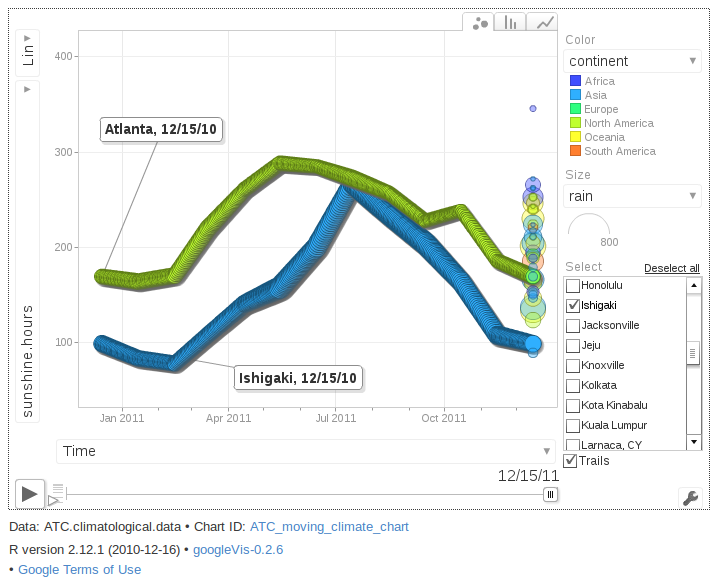