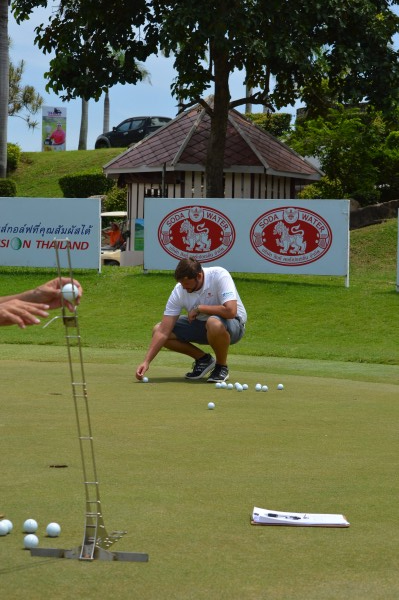 While Eric Reasor was collecting the data on ball roll dispersion in Thailand -- read yesterday's post for more about that -- I collected data on the the same greens. The data summary shown here are the data I collected from 19 greens on 19 different courses. The grasses on these greens included various bermudagrass varieties, seashore paspalum, and manilagrass.

I took 3 stimpmeter readings per green, measured 9 locations per green with a 500 g Clegg soil impact tester, and used a TDR-300 with 7.5 cm rods to measure soil water content at those same 9 locations. I also made some measurements of soil temperature, surface temperature, and air temperature.

I showed the distribution of air temperature (median was 31.8°C) and heat index (median was 38.9°C) in a previous post.

Here's the summary of soil and surface temperature from these greens. 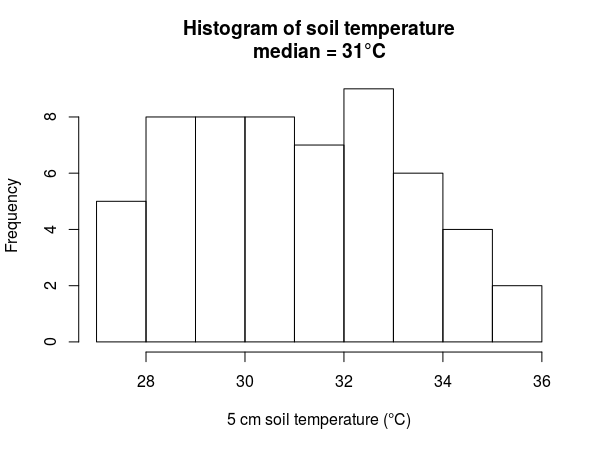 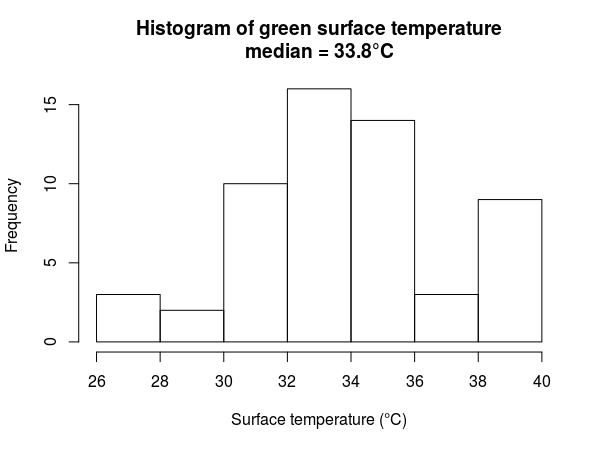 Putting greens in Thailand tend to be relatively soft, and the measurements in July were consistent with previous measurements. 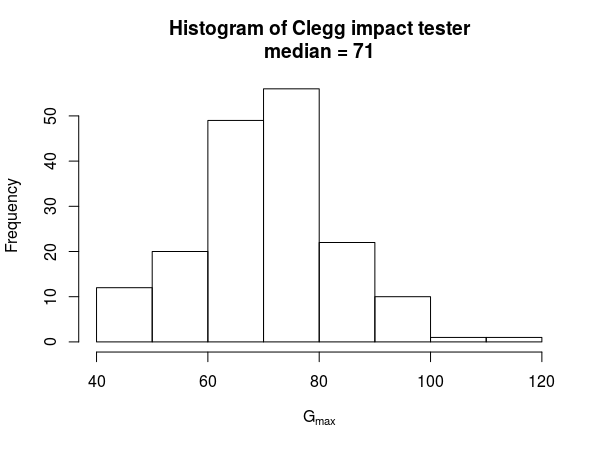 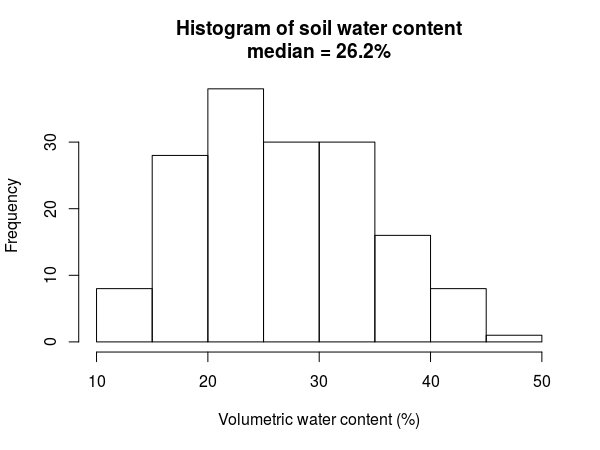 This is the distribution of green speed. 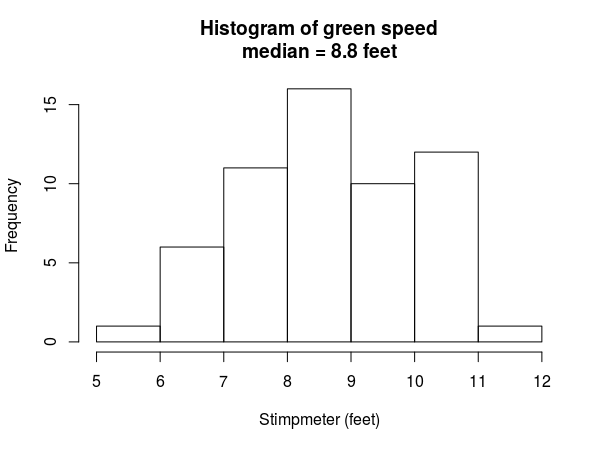 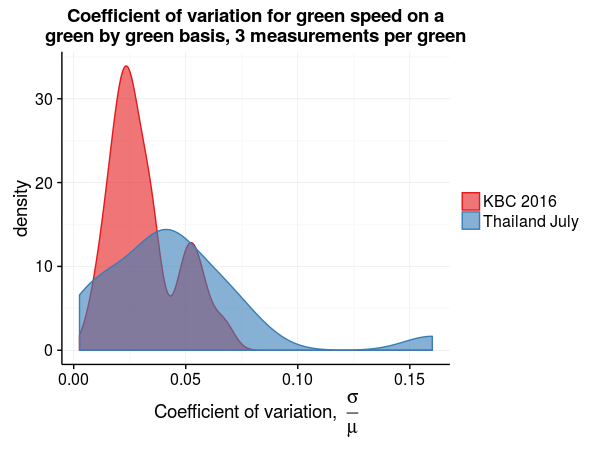 For more summaries of putting green measurements, and of measurements from greens in Thailand, see this post on playing with numbers. There are links to handouts and other data sources there. Or look at the charts in these slides: