Fall potassium and winter traffic on a bentgrass green 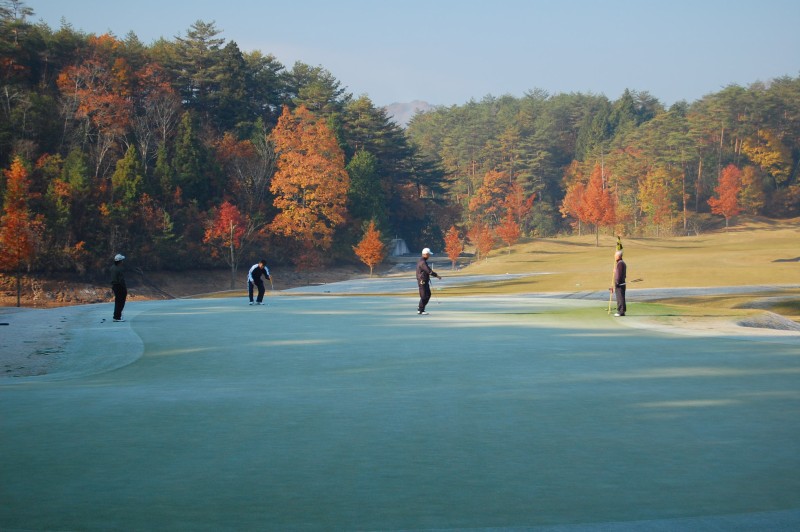 I just finished reading Winston Mirmow's thesis on Fall potassium fertilization and winter traffic effects on a creeping bentgrass putting green. I downloaded this in September and read the abstract then, but only read the full thesis now.

As I've mentioned previously, I like reading theses, because they are the most recent research results presented in a detailed format. I can learn new things and correct my thinking if I've been in error about something. I really enjoyed this one. It was about two of my favorite topics: potassium (K) and winter traffic.

You can read the thesis yourself if you like. Here are the three things I found most interesting.

First, the fertilizer. Adding supplemental K in the autumn had no effect on traffic damage over frozen turf in the winter. Where no K was added was the same as where K was added. The low rate was 0 K, and the high rate was 7.3 g K/m2 (1.5 lbs K/1000 ft2).

Second, traffic was applied at 8 a.m. to the creeping bentgrass green when the canopy temperature was below freezing. That worked out to be 19 traffic events in the first winter of the study, and 18 traffic events in the second winter of the study. Yes, traffic decreased the turfgrass quality. The trafficked turf was worse than the untrafficked turf from January 15 until March 15.

And then when the temperatures warmed up in the spring? "When the weather warmed to the point where no more traffic treatments were applied, there were no significant differences in turfgrass quality ratings." That is, by April 1, all the plots were the same, whether they had been protected from traffic when frozen, or whether they had received 8 a.m. traffic over frozen turf.

Third, the soil K was below the MLSN guideline and the grass did not respond to K fertilizer. That's not at all what this experiment was about, but it shows something that I often explain, and will do so here again.

Even though the MLSN guidelines are lower than conventional soil nutrient guidelines, they are still set to be conservative. By that I mean the quantity of fertilizer recommended when using the MLSN guidelines is deliberately meant to err in one direction -- on the side of too much fertilizer, rather than too little. Of course the MLSN approach will in most cases recommend less fertilizer than will conventional guidelines, but at the same time there is a built in margin of error to make sure there is no deficiency.

Results like those presented by Mirmow, where the soil is below the MLSN level (Mirmow's results, converted to Mehlich 3 units, had values in the 20 to 30 ppm range), but the grass does not respond to applications of the element, indicate that the element was not deficient. Thus, more confidence that the MLSN guidelines are conservative. 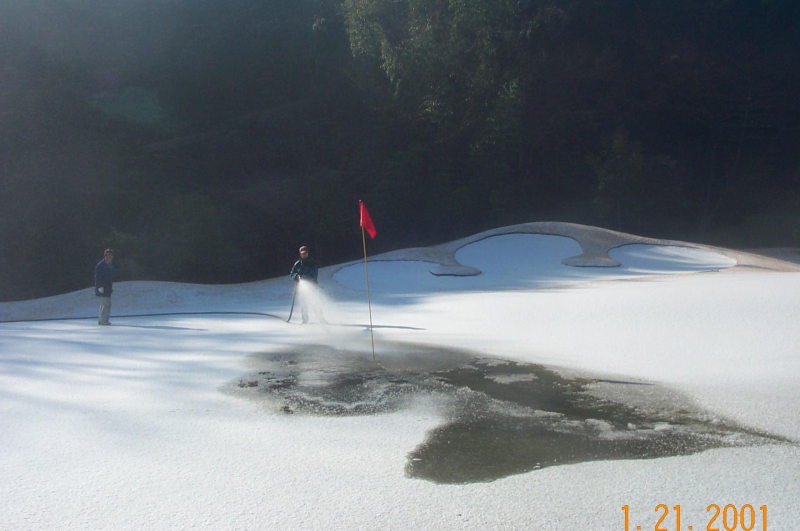 And my observations of what happens are similar to Mirmow's research. The traffic makes the grass worse than where no traffic occurred, but in early spring everything is back to normal.

These are the practice greens at Habu CC near Tokyo in mid-March. This is after a winter of play on frosted greens, of snow removal by any means possible so that golf could be played, and by mid-March these greens were already recovered from the damage. 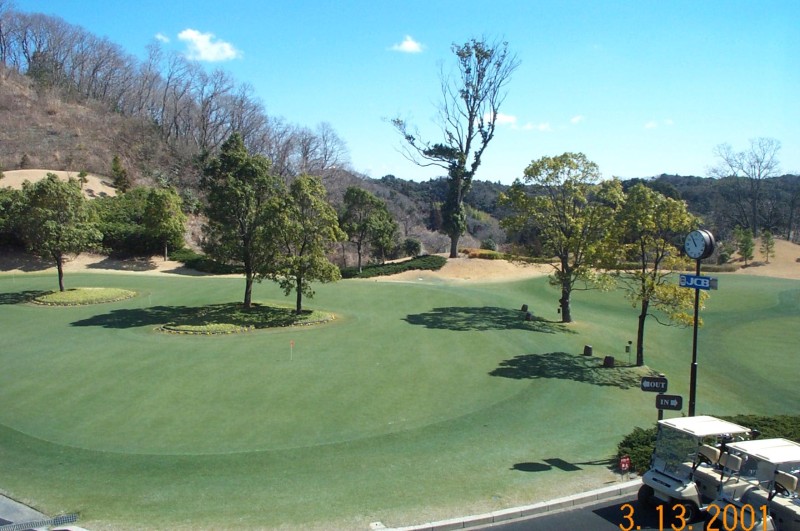 A request to authors

I was pleasantly surprised to see the soil test and tissue test data shared in their entirety in this thesis. That's great.

However, for the soil test data, the methods section doesn't give the sampling depth. And the methods section only says which lab the analyses were conducted at, but not which testing method was performed. Because both the sampling depth and the testing method affect the soil test data, authors of technical papers should include that information. I looked up the lab in this case, and can infer that the test was Mehlich 1.

I've reviewed a paper recently with the same issues. Essentially, it said soil samples were sent to X lab for analysis and the results are in Table Y. That's fine, but one can't understand the numbers unless some details of the analysis are given.