Thailand conveniently has golf courses adjacent to many of its major airports, so I can imagine turf being maintained at that location, and then make the calculations using data from the airport.

Now I want to consider fairways, and specifically the soil type of the fairway. There are a number of advantages to growing fairways in soil, rather than in sand, and using surface and subsurface drainage, and perhaps a bit of sand topdressing, to create the desired playing surface. One of the advantages to growing in soil is a lower irrigation water requirement. 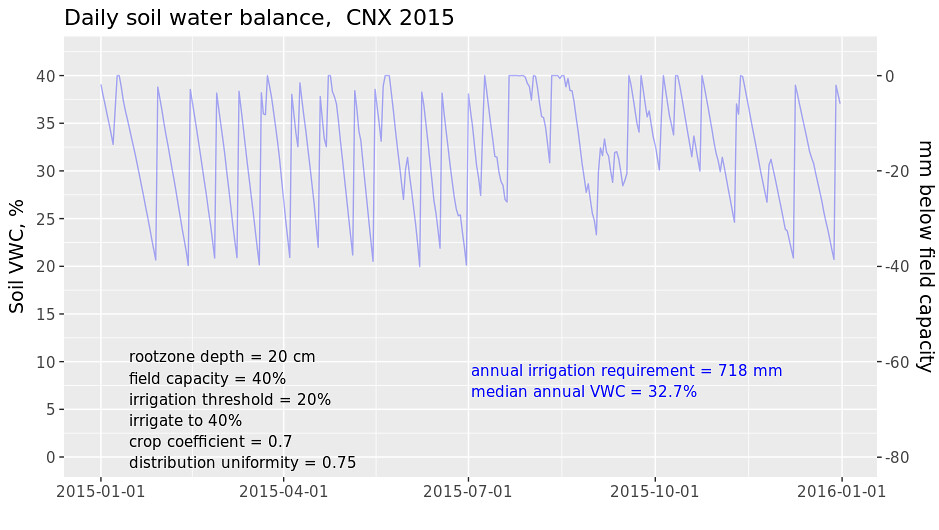 And that can save water too. For example, with that same rootzone depth and field capacity, but now irrigating at 24% to increase VWC to 30% (supplying about 12 mm at each irrigation event), the expected irrigation requirement goes down to 674 mm. 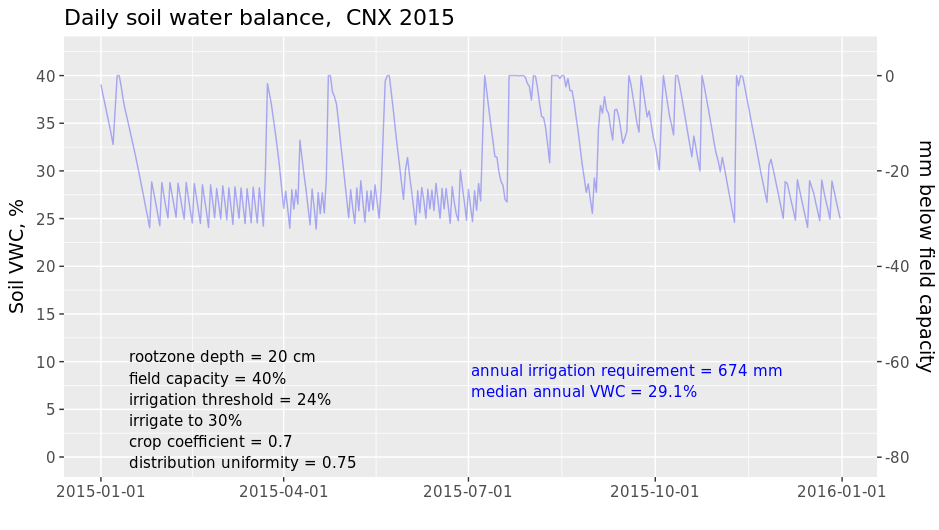 In SE Asia, it is common to sandcap fairways. For example, see this course now under construction in Thailand:

What would the irrigation requirement be for a sand rootzone at CNX in 2015? I'll keep the same rootzone depth and the same crop coefficient and distribution uniformity, just changing how much water is held in the rootzone because of the sand. I'll estimate that a fairway sand will have a field capacity of 20% (I think that is a generous estimate) and that irrigation will be supplied at a VWC of 10% to return the soil to field capacity. That gives an estimated irrigation requirement of 909 mm.