How's that for a start? "The Walking Greenkeeper" introduced himself this morning. I expect this will be a fun blog to read. 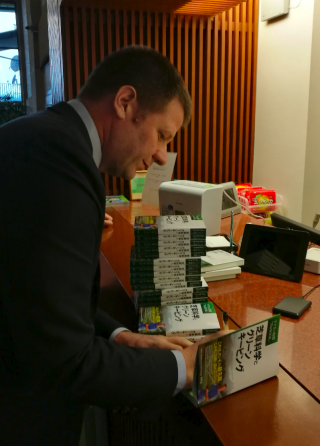 Now for an assortment of things that came to mind today, all of which are in some way related to Joe's blog post.

He wrote about some of his research this winter. Among other things, he mentioned me, MLSN, Jason Haines, and Chris Tritabaugh. "These fellas," he wrote, "and what I consider to be their alternative style to greenkeeping have inspired me ..." -- that's awesome.

So what came to mind? First, the #MLSN approach is about something very specific -- making fertilizer recommendations from soil tests to prevent nutrient deficiencies by ensuring the grass is supplied with enough of each element. However, the approach we have taken with MLSN has attracted interest from turf managers around the world who are interested in minimizing other inputs as well. And it is a lot of interest. I've been surprised that the MLSN newsletter mailing list, started just 6 weeks ago, already has more than 300 subscribers, from more than 30 countries.

If you want more than just MLSN, you can sign up to the ATC newsletter here.

Here's an interesting question. Just what is the MLSN approach? Nadeem Zreikat wrote that he prefers efficient to minimalist:

@asianturfgrass great read except I don't tend to agree with minimalist as it's more to do with being efficient. That's how I read MLSN.

Here's how I'd describe it. Lots of people are interested in MLSN and in the idea of managing things as efficiently as possible. I'd describe what I try to do, and with MLSN as a part of that, in this way:

For turf management at any site, the first thing to do is to define the conditions that one is trying to produce. Then, produce those conditions with the fewest possible inputs.

One could describe that as efficiency, or as minimalistic. I think both words, and many other words too, can fit the MLSN approach.

If that all sounds really vague, you'll want to read a great description of that approach in practice. I recommend Jason Haines' Turfhacker summary of everything that's interesting to me as a description of how these principles can be applied.

The whole idea is to produce the conditions we want, doing so with the minimum amount of work. Maybe that's efficiency, or minimalism, or sustainability, or something else. But that's where I'm coming from, that's the type of definition that the MLSN approach fits into, and this is for any type of turf.

I made a huge omission in last month's roundup. I forgot to include the 2016 Ryder Cup: Hazeltine National Turfgrass Team video featuring Chris Tritabaugh.

This is part of the approach too, and the video shows it. Be passionate about the work. Produce the conditions one is trying to produce. Do so with a minimum of inputs. Or as efficiently as possible. Have fun doing it. Find ways to do it better.

I expect everyone in this business is doing that in some way. It seems to me that the MLSN and Short Grammar approaches have provided a framework from which we can all work on and compare ways to do it better.