The combination of temperature and light 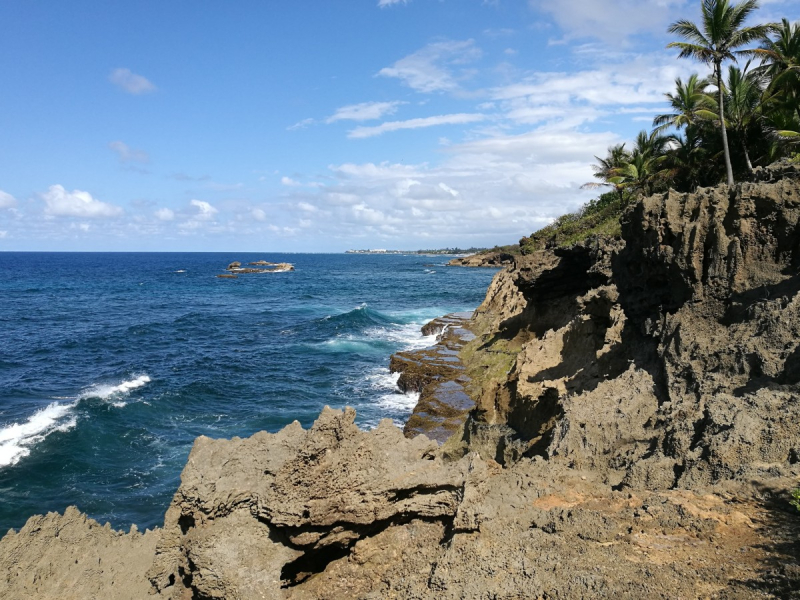 I went for a run to the ocean at Cerro Gordo. As is my wont, I looked for grasses along the way. There were lots of zoysia lawns where I started. Then I got on a trail and headed down to the water.

When I stopped along the ocean's edge, I enjoyed the view, but I didn't see any zoysia. I was reminded of the rocky shores of the islands in Okinawa. But in Okinawa, one will find lots of zoysia growing on the rocks and cliffs.

I think the answer lies in the combination of light and temperature. Specifically, locations with a longer duration of time at high temperature combined with low light will have a prevalence of zoysia. These locations may also have zoysia that grows faster than bermuda (Cynodon) or paspalum.

I looked up the combination of temperature and sunshine hours on this customizable chart. 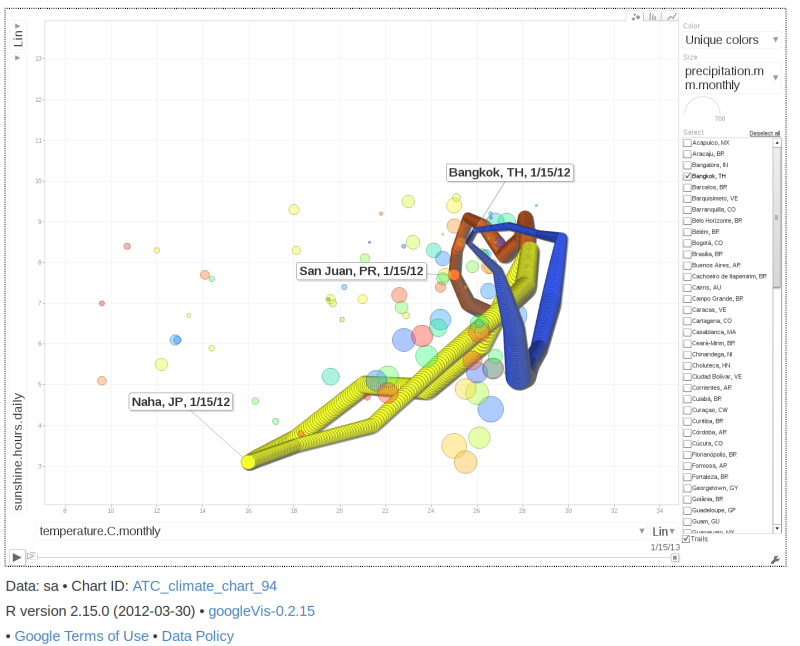 Locations on the chart to the right are hotter, and lower on the chart have less sunshine. The "trails" for each location trace the normal combination of temperature and sunshine for an entire year.

I looked up cumulative precipitation too. This should have an effect too, although for competition between species in managed turf, precipitation should be less important, because irrigation can be supplied. 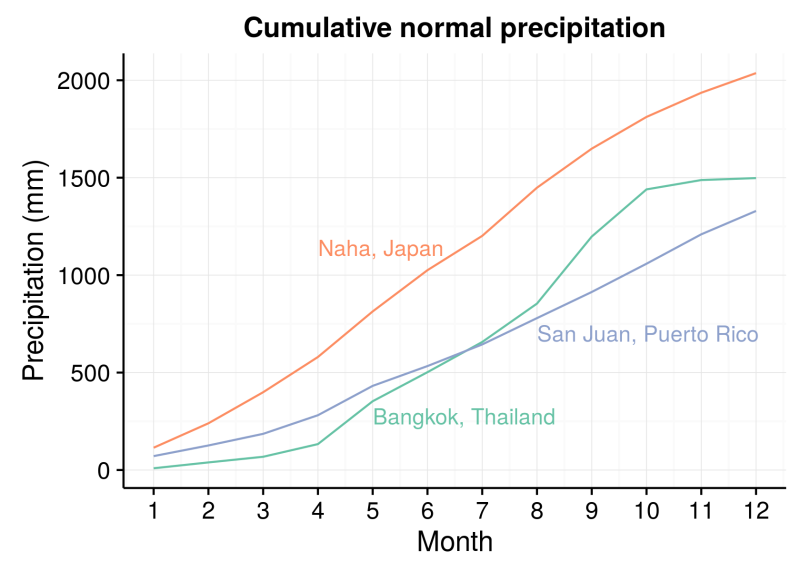 I'd like to grow different species of grass in representative climates and measure how much they grow. I expect certain species would map to location, somewhat like the locations are separated in the chart below by temperature and light. 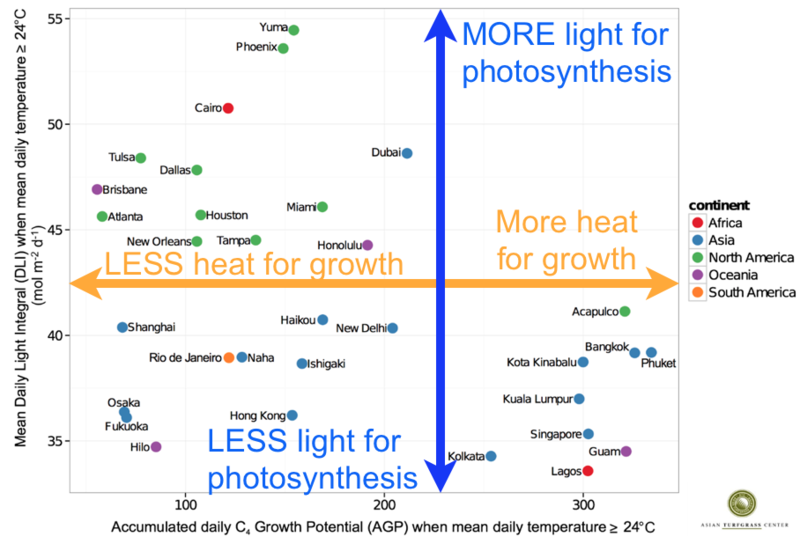