"Is there a particular reason why you think it's a poor way to fertilise?"
"Don't try to jump on his bandwagon"

A few years ago I wrote about how everyone knows zoysia grows slower than bermuda, except when it doesn't. In particular, I was discussing the growth of the nuwan noi variety of manilagrass (Zoysia matrella) in tropical Southeast Asia.

One of the examples I used in that post was the expansion rate for patches of nuwan noi in the bermudagrass fairways at the Santiburi Samui Country Club. I was back at Samui this week, and I went to the 18th hole to check the nuwan noi. 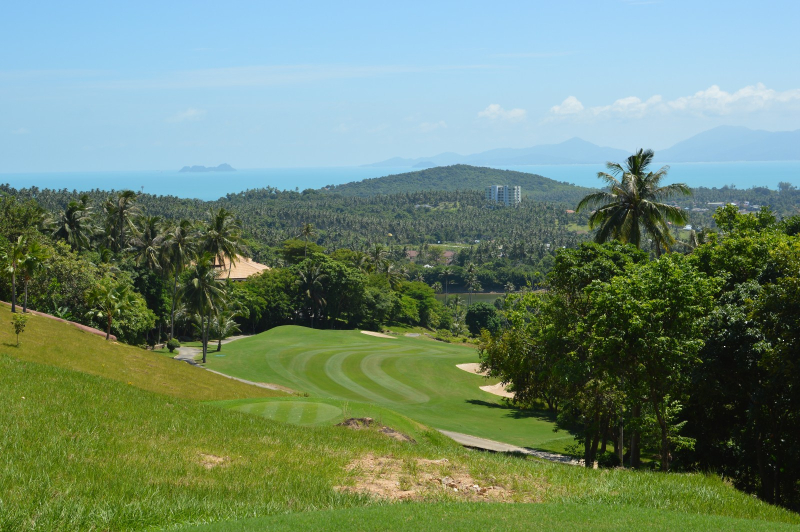 Just around the dogleg, and down the hill near the landing area, there is a large patch of nuwan noi that has overgrown the bermuda. 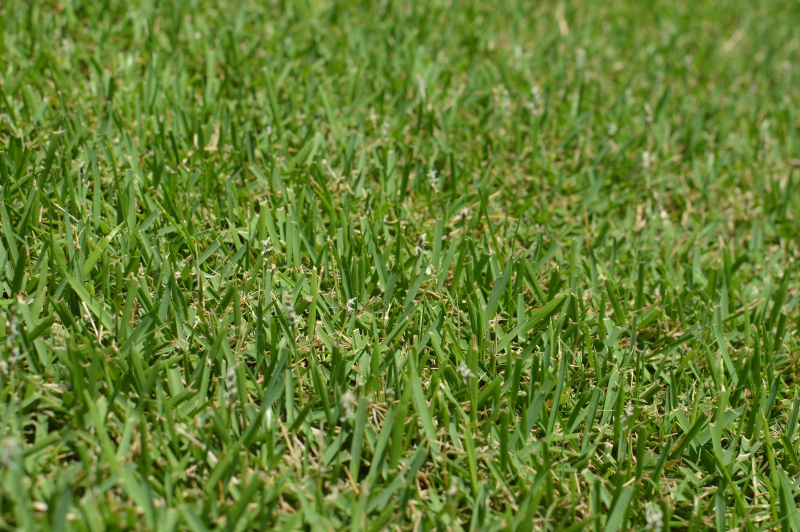 I paced it off, and the diameter of that particular patch is now 17 meters. If that started as a single plant in January 2007, and has now grown 8.5 meters in every direction, then the expansion is 850 cm in 125 months, or 6.8 cm per month.

This approximate rate keeps coming up in a number of measurements I've made. I have estimated the expansion at 7 to 8 cm per month. And in pot experiments, I get a similar rate too. For example, planting nuwan noi stolons at a rate of 1,500 nodes per square meter gives 1,500 nodes in 10,000 cm2. If each node occupies 1 cm2 at the start of the month, and then the coverage goes from 1,500 to 10,000 cm2 by the end of the month, that's an expansion rate of 6.7 cm2 for each plant in a month.

Why does this matter? Because I've hypothesized that the most sustainable grass for a given location is the one that has the most growth per unit of N and per unit of H2O applied.